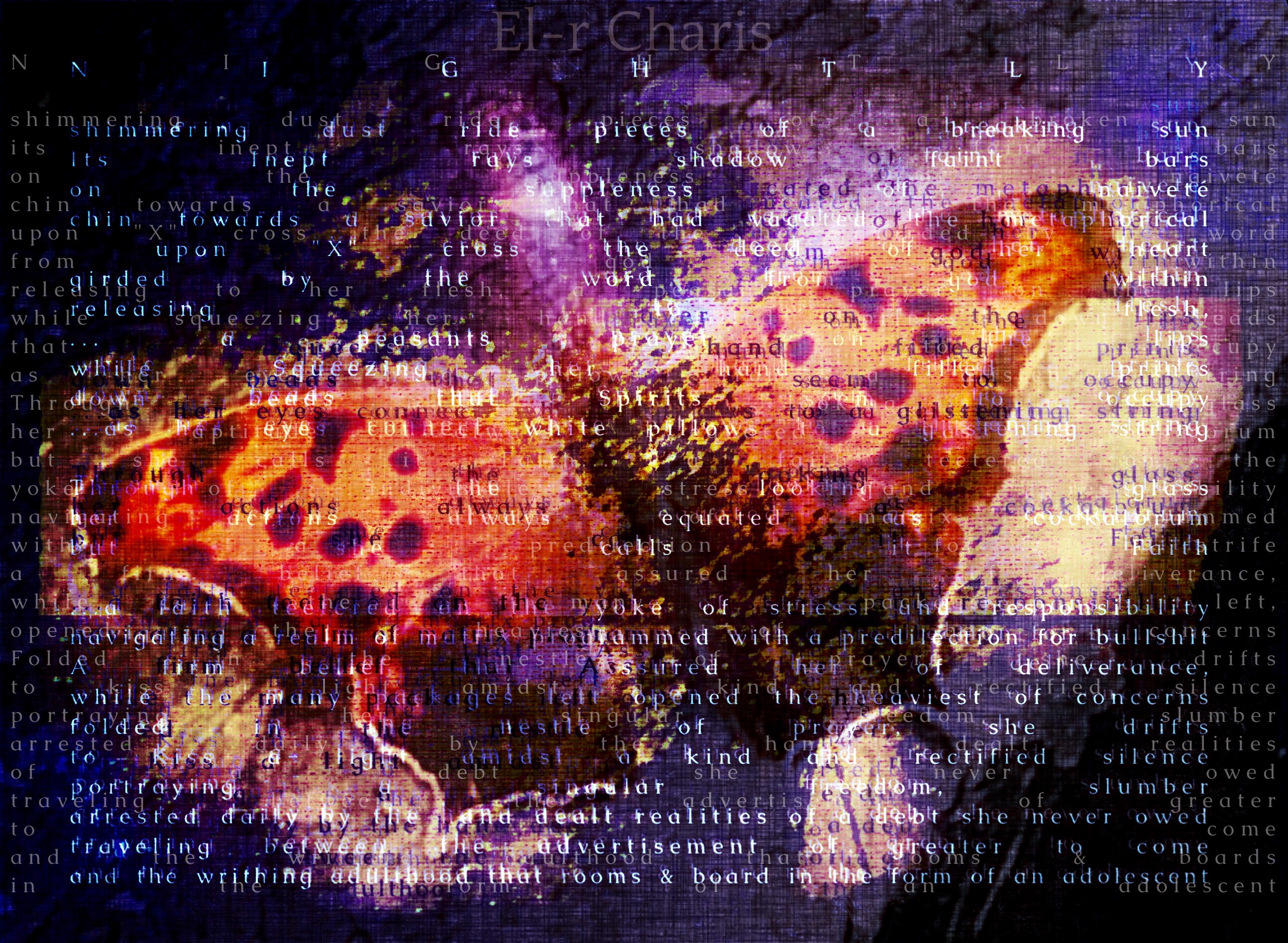 chin towards a savior that had vacated the metaphorical
upon “X” cross the deed of the heart girded by the word from god within
releasing to her flesh, a peasants’ prayer on the lips
while Squeezing her hand filled prints down beads
that Spirits seem to occupy
as her eyes hang pillows from a glistening string

…a faith teetered on the yoke of indivisible
stress and responsibility
navigating a realm of matrix programmed
with a predilection for strife
a firm belief that assured her of deliverance,
while the many packages left,
opened the heaviest of her concerns

Folded in the nestle of prayer, she drifts
to kiss a light amidst a kind and rectified silence
portraying her singular freedom, slumber.